When the French electric supplier EDF did not react at the disaster of Fukushima, we decided to find an alternative electricity supplier. We have chosen Enercoop, a cooperative with transparency, in which we are sure that our current consumption is covered only by electricity from wind power, photovoltaic, hydro or biomass. The increased costs we accept, knowing that we are no more supporting nuclear power plants.

Since the beginning of 2013 we have been producing electricity with photovoltaic modules mounted on the roof of Le Fournil. The production of this 4.2 kWp photovoltaic plant is about 1/3 of our total electricity consumption. The inverter was installed in a technical room near the measuring devices and away from the accommodation in order to avoid any nuisance or radiation. 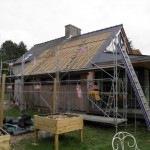 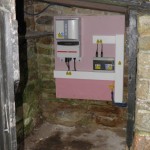 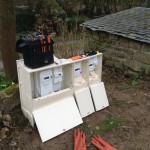 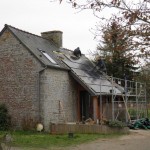 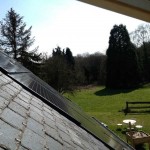 During the renovation of the Fournil, all electrical cables were laid in shielded sheaths in order to avoid electro smog and reduce electromagnetic fields as much as possible.

The granite walls are so thick that WiFi can barely get through – which is good too! If necessary CPL adapters enable connection via cable or WIFI in every house.

We did not want to replace our electricity meters that were renewed in 2013 with new Linky electricity meters. As the pressure got bigger and bigger, we finally provided all meters with a wooden panel and secured the back door with a padlock. Two round openings on the front allow agents to read the meters. The upper part was converted into an insect hotel and covered with old slates. 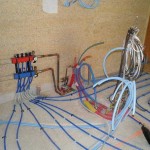 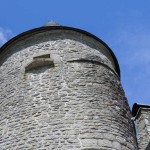 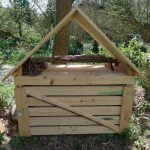 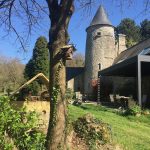 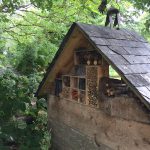 Almost all of our lights are equipped with LEDs or energy-saving lamps in order to reduce power consumption as much as possible. Many, especially outdoors, are equipped with motion detectors and turn on automatically when you walk past, some of them powered by photovoltaic cells. Multiple sockets with switches avoid to have electrical equipment energized when not in use. 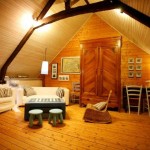 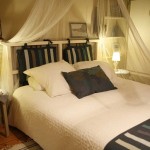 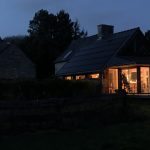 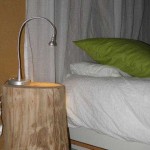 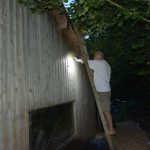 For all purchases of household appliances, but also for the hot tub, we made sure that they are as energy-efficient as possible. In September 2020 every house was equipped with a new A +++ washing machine. 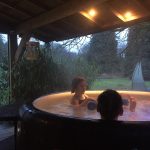 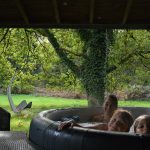 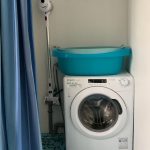 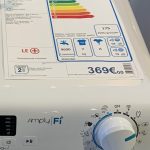 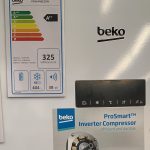